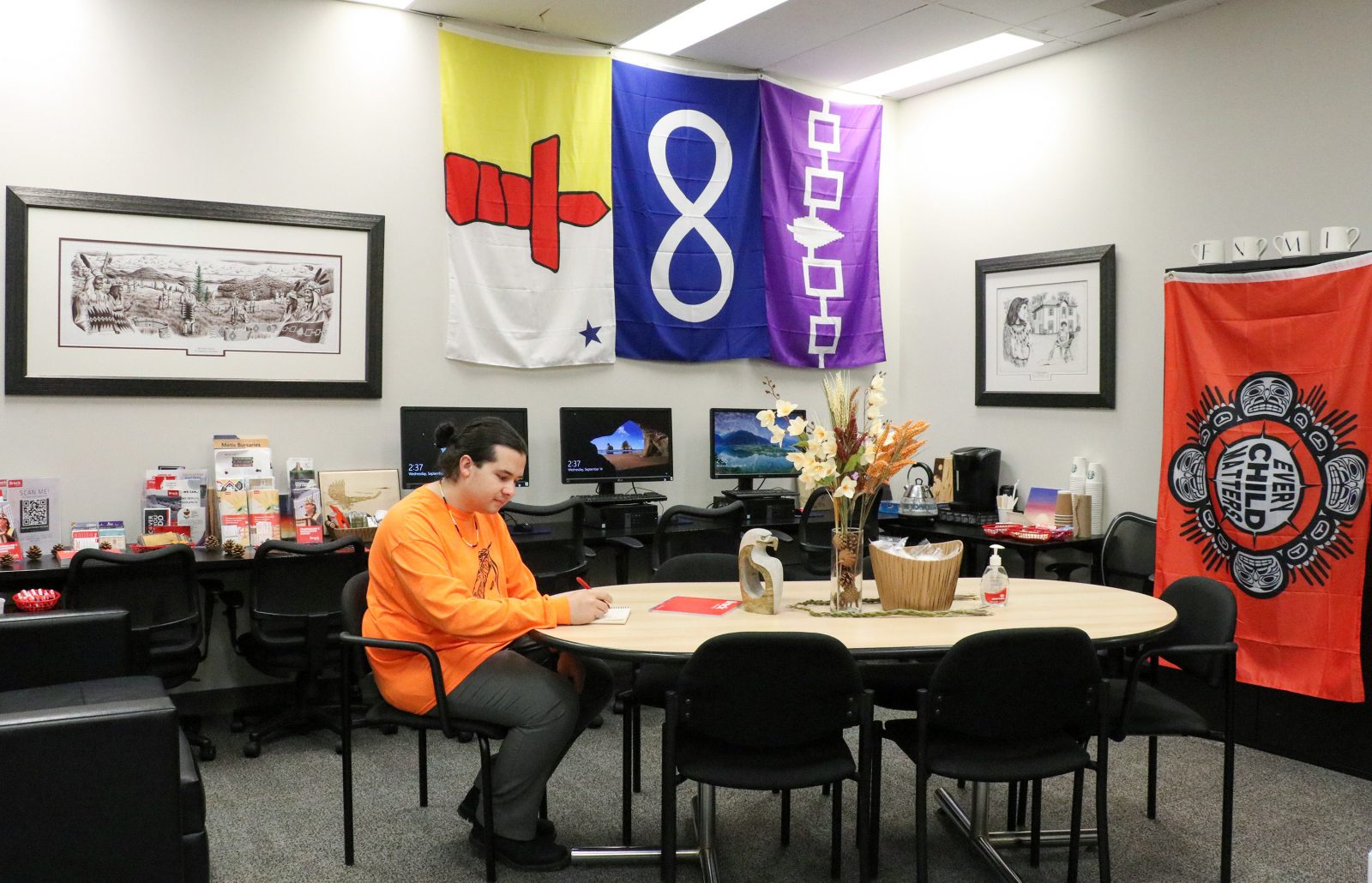 A welcoming home on campus for First Nations, Métis and Inuit students at 全球电竞直播 has received a new name.

The unit formally known as Aboriginal Student Services has been renamed as Hadiyaˀdagénhahs First Nations, Métis and Inuit Student Centre.

Hadiyaˀdagénhahs (pronounced “Ha-dee-ya-da-gen-hahs”) is a Cayuga word that means “they are helpers.” It was selected in consultation with Indigenous knowledge carriers and Assistant Professor of Education Stanley ‘Bobby’ Henry, a Cayuga language pedagogy researcher.

Once the name was chosen, consultation was completed with the Aboriginal Education Council (AEC) in May as well as with the Two Row Council in September.

Robyn Bourgeois, Brock’s Acting Vice-Provost, Indigenous Engagement, said the request for a name change was based on several factors but primarily a desire to signal transition.

“Under the leadership of Director Cindy Biancaniello, we are undertaking a reconfiguration of our centre that enhances existing services and creates new opportunities,” Bourgeois said. “It was important to mark this transition with a name change, and one that reflected one of our local languages.”

For Henry, the invitation to choose a name from the Cayuga language was particularly significant.

“The Cayuga language spoken in my community is critically endangered,” he said. “The actual number of fluent speakers is unknown, but statistical data reports there are less than 50, with the majority of language speakers being second-language learners.

“It’s truly a hard time being a learner, speaker and teacher of Cayuga language, for we either act now or do nothing,” Henry said. “I seek to try and do something to preserve the vitality of our ancient, land-based language. Fortunately, I’m witnessing our people persevere Cayuga language through their ongoing commitment.”

“One of our core values in the Hadiyaˀdagénhahs First Nations, Métis and Inuit Student Centre is inclusivity,” she said. “Our goal is to enhance student engagement and create positive interactions with all students. Recognizing that we are separate nations gives First Nations, Métis and Inuit students a sense of belonging and lets them know they are valued as individuals.”

With the name change taking effect immediately, Interim Brock President Lynn Wells said it was reflective of the University’s strategic commitment to foster a culture of inclusivity, accessibility, reconciliation and decolonization.

“I want to thank our Indigenous community, including Professors Bourgeois and Henry, for their critical work here,” she said. “This name change is an important step in the Indigenization of our campus, and in ensuring that Indigenous students and colleagues feel supported at Brock.”

Held Friday, Sept. 16 from 9:30 a.m. to 3:30 p.m., the first event in the newly renamed centre (TH 145) will welcome members of the Brock community to create heart-shaped messages that will appear in a participatory memorial. A second session will be held at the same time Tuesday, Sept. 20.

The Heart Garden aims to remember those who suffered in residential schools as well as through other forms of colonial violence and will be displayed in front of the Rankin Family Pavilion on Friday, Sept. 30 for the National Day for Truth and Reconciliation.