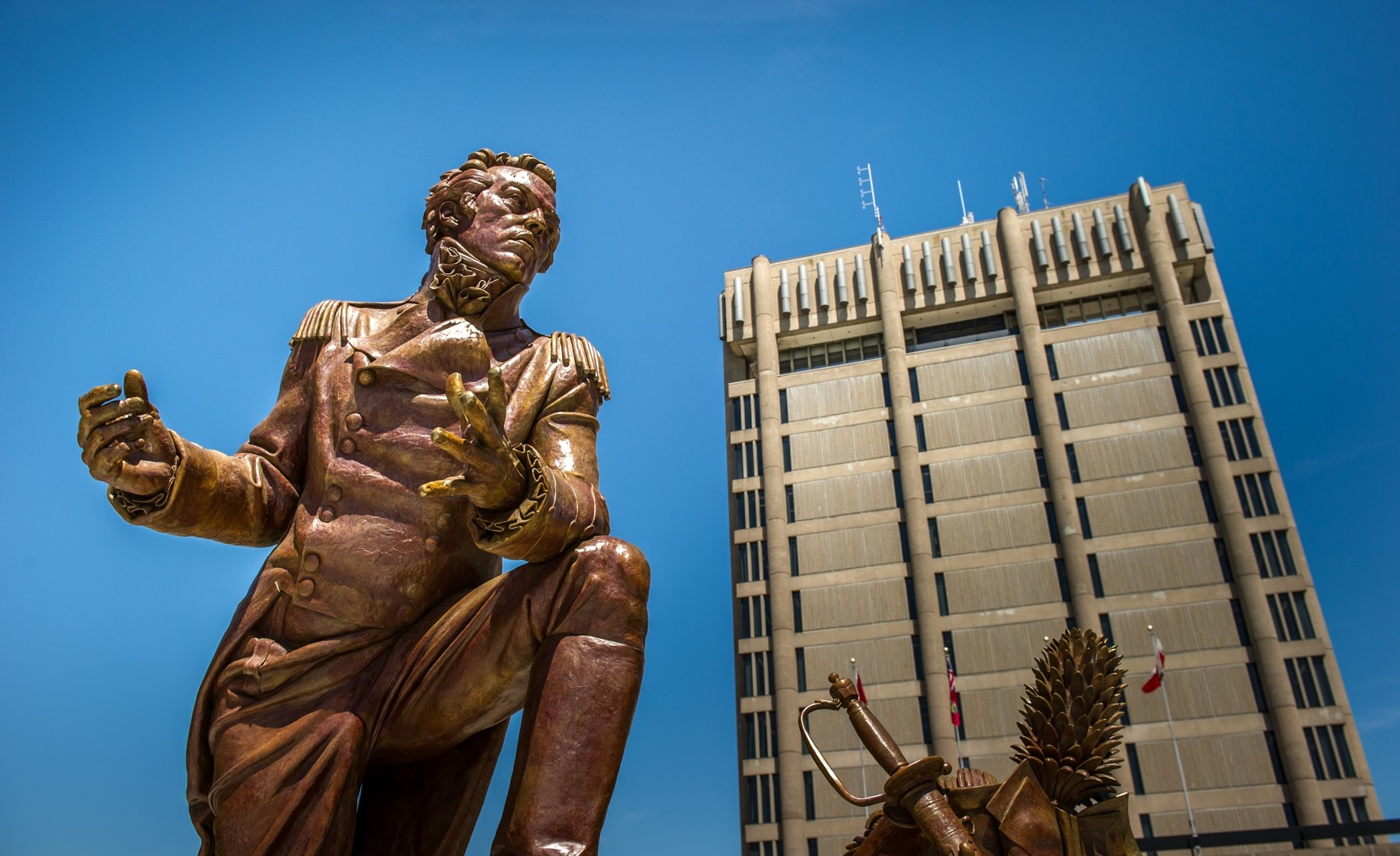 The last pronouncement of the brilliant military strategist is said to have been “Surgite!” — Latin for “Push on!” — which is Brock University’s motto.

Maj.-Gen. Sir Isaac Brock was 43 years old when he died defending Niagara from the American invasion at Queenston Heights on Oct. 13, 1812.

His military actions in the War of 1812, particularly his success at Detroit, earned him a knighthood, membership in the Order of Bath, accolades and the sobriquet “Hero of Upper Canada.”

He loved to learn

Brock was born on the British Channel Island of Guernsey. He was the eighth son of a middle-class family. As a boy, he earned a reputation as a keen student and an exceptional swimmer and boxer. Despite his lack of extensive formal education, Brock appreciated its importance. It’s said that as an adult he often spent his leisure time sequestered in his room, reading books to improve his education. He read many works on military tactics and science, but ancient history and other topics also interested him. At the time of his death, he possessed a small library that included works by Shakespeare, Voltaire and Samuel Johnson.

When he was 15, he followed three of his older brothers into service with the British Army. He served in several locations before settling in Canada in 1802. In 1811, Brock attained the rank of major general and took command of all British forces in Upper Canada. He became the administrator of the province the same year.

When the Americans invaded Upper Canada on July 12, 1812, Brock was ready. He’d already recruited a force of citizens and forged First Nations alliances. Fort Detroit fell to the British army and Brock was hailed as a hero.

After Detroit, the main American threat existed in Niagara, and it was here that Brock would fight his final battle. The British were victorious at Queenston Heights, but Brock lost his life leading his soldiers in a charge. A limestone monument that contains his remains of is located at Queenston Heights Park in Niagara Falls.