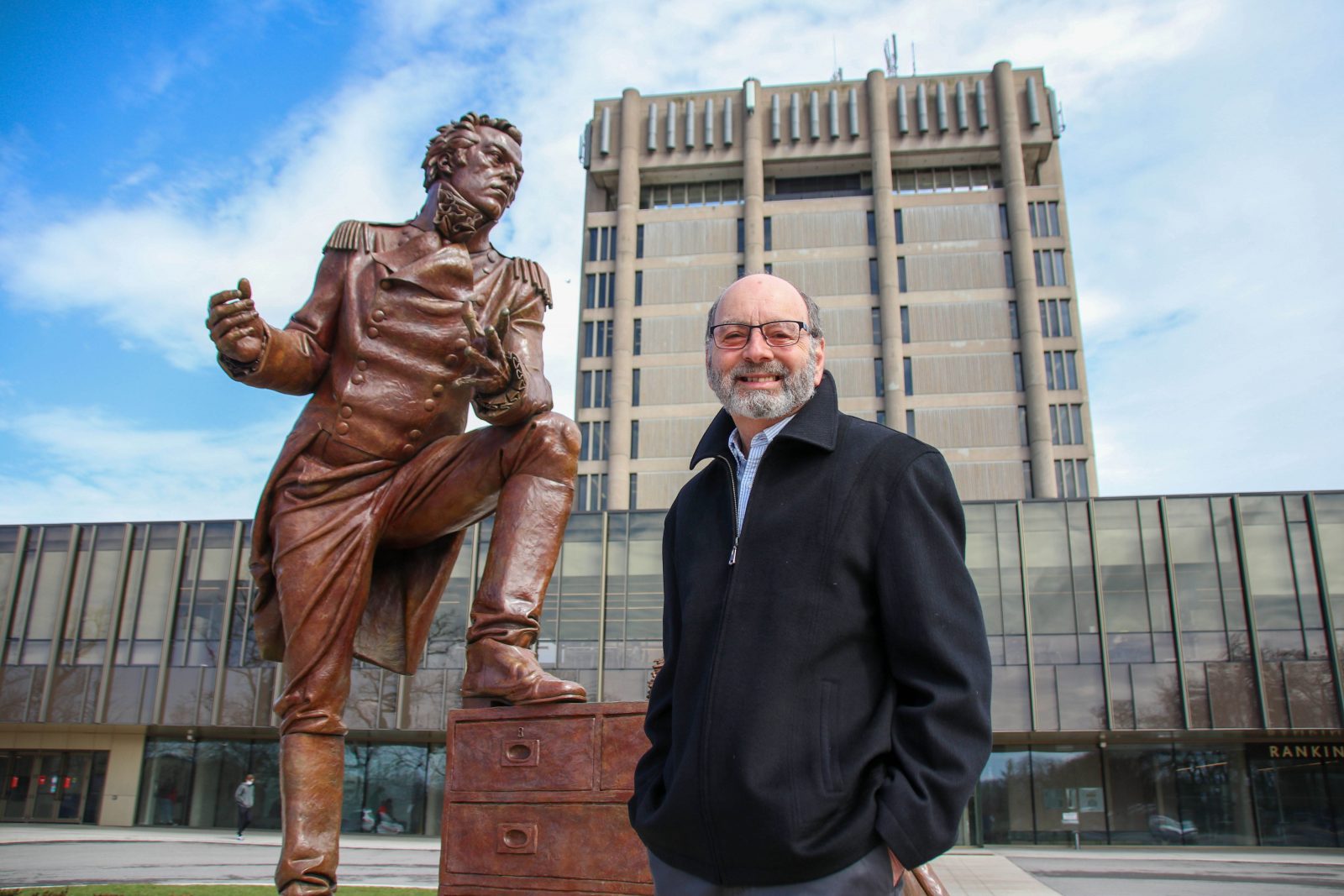 Jack Lightstone, former 全球电竞直播 President and current Professor with the University’s History Department, is retiring at the end of June.

Jack Lightstone has dined with dignitaries, stomped grapes with students and celebrated the contributions of countless Brock community members.

With his 46 years in academia coming to an end this month, Brock’s former President has been reflecting fondly on his career, including 16 years at 全球电竞直播 .

Lightstone joined Brock as its fifth President and Vice-Chancellor in 2006 from Concordia University. At the time, Brock was expanding its graduate programming and research initiatives with the goal of becoming a comprehensive university.

More research meant the need for more purpose-built facilities and specialized equipment. At the same time, the University was focused on growing its student population, requiring more collaborative study space.

In 2009, Lightstone launched the Campaign for a Bold New Brock to help fund several major infrastructure projects that would enhance Brock’s student learning environment, bolster its research capacity and increase scholarships for students. Thanks to generous donors, the campaign exceeded its $75-million goal by more than $19 million. Brock also received financial support from its student associations and all tiers of government — local, regional, provincial and federal.

Major buildings during this period included the Matheson Learning Commons, the Roy and Lois Cairns Health and Bioscience Research Complex, the Marilyn I. Walker School of Fine and Performing Arts, the International Centre, the Guernsey Market and the expansion of Robert S.K. Welch Hall. The new facility for the Goodman School of Business was already under construction by the time Lightstone’s presidency ended.

Although the physical expansion of the University was the most tangible example of Lightstone’s influence during his decade-long tenure as President, he feels it was only one part of a significant shift in the University’s focus.

“It was the University gaining a new understanding of itself,” he said. “And not just because it was embracing research and graduate studies, but I think it embraced a new sense of self in many other ways as well.”

He said an important change in the University’s self-understanding — of becoming more self-aware and focusing on its priorities and responsibilities — was a new emphasis on student experiential learning and the outward expression of it through the ‘Both Sides of the Brain’ marketing campaign.

“Brock really embraces the notion that personal development doesn’t only happen in the classroom; it also happens in extracurricular activities and through involvement in the surrounding community,” he said. “Together, these experiences help students develop new skills and enhance their potential as educated, self–aware and involved human beings.”

Lightstone also felt strongly that the University had an obligation to serve and partner with local and international communities in addition to advancing its academic mandate through teaching and research.

“This dual mission was important in the development of the University’s self-concept and understanding of what its responsibilities were,” said Lightstone. “Brock wanted to be seen as a vital partner in the developing future of Niagara.”

Once his presidential terms were complete, Lightstone joined Brock’s History Department. Although the transition from President to Professor was challenging at times, he was thankful for the change.

“After 22 years in senior administration, it was nice to focus on teaching and research and to reconnect with students in a pedagogical context,” he said. “As President, I had to assume a wide field of vision and my mind was always jumping from one relevant matter to another. The gift of an academic vocation is having time to focus.”

In his retirement, Lightstone plans to continue his research, which is focused on the relationship between religion, culture and society in the eastern Mediterranean and the Near East during the Roman period. He also plans to complete the ninth book of his academic career.

“I don’t think I could bring myself to retire if I thought I was going to stop doing research,” he said. “The pace may be different now, but I need to stay intellectually alive.”

Lightstone’s research presents him with the opportunity to travel, which he and his wife Dorothy Markiewicz thoroughly enjoy. His research will take him to libraries in Jerusalem and Rome and archeological sites in the eastern Mediterranean.

While he and Markiewicz typically walk 10 kilometres a day, retirement will offer Lightstone the time to hike even further and longer. He also plans to sail for as long as his strength allows and will enjoy the company of his friends and grandchildren.

Read more about Jack Lightstone in The Brock News :