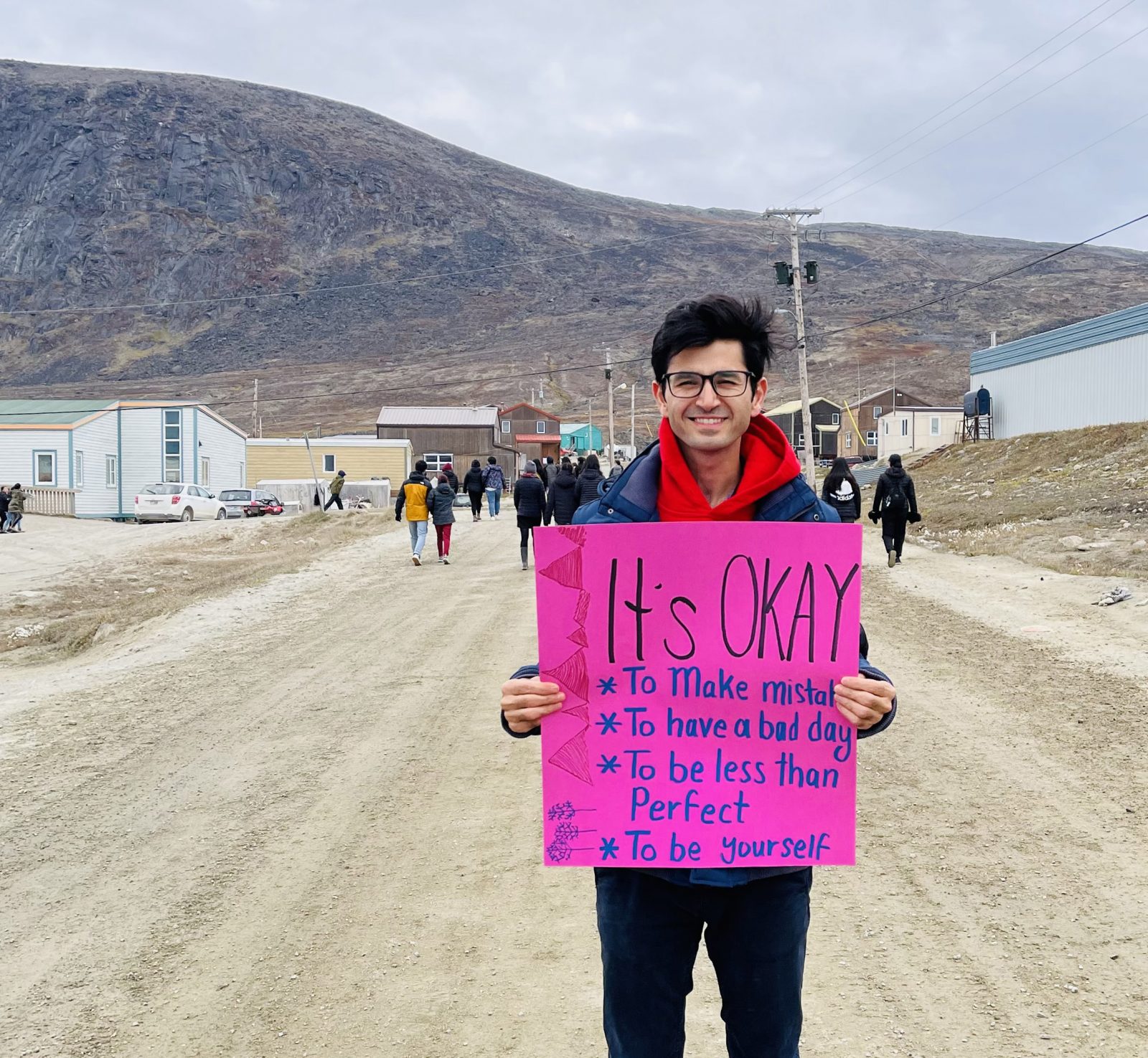 Mujib Ahmadiy, a secondary school teacher at Attagoyuk Illisavik in Nunavut, taking part in a community walk organized by the school to promote positivity and resilience.

Through his own experiences, Mujib Ahmadiy (BPH ’17) has learned the difference education can make in the lives of others.

So, when the opportunity presented itself, the educator and 全球电竞直播 graduate packed his bags and headed to where he felt he could have the greatest impact — in Canada’s north.

In September, Ahmadiy began work as a secondary school teacher at Attagoyuk Illisavik in Pangnirtung, a small hamlet of nearly 1,500 people on Baffin Island in Nunavut.

He hopes to make his mark among the community’s young learners, teaching two cohorts of 15 Grade 9 students, with a focus on health and math, while also coaching a soccer team.

This wasn’t the first big move Ahmadiy has made in the name of education.

In 2010, at the age of 17, he immigrated to Canada from Samangan, Afghanistan to attend St. Catharines Collegiate Secondary School. 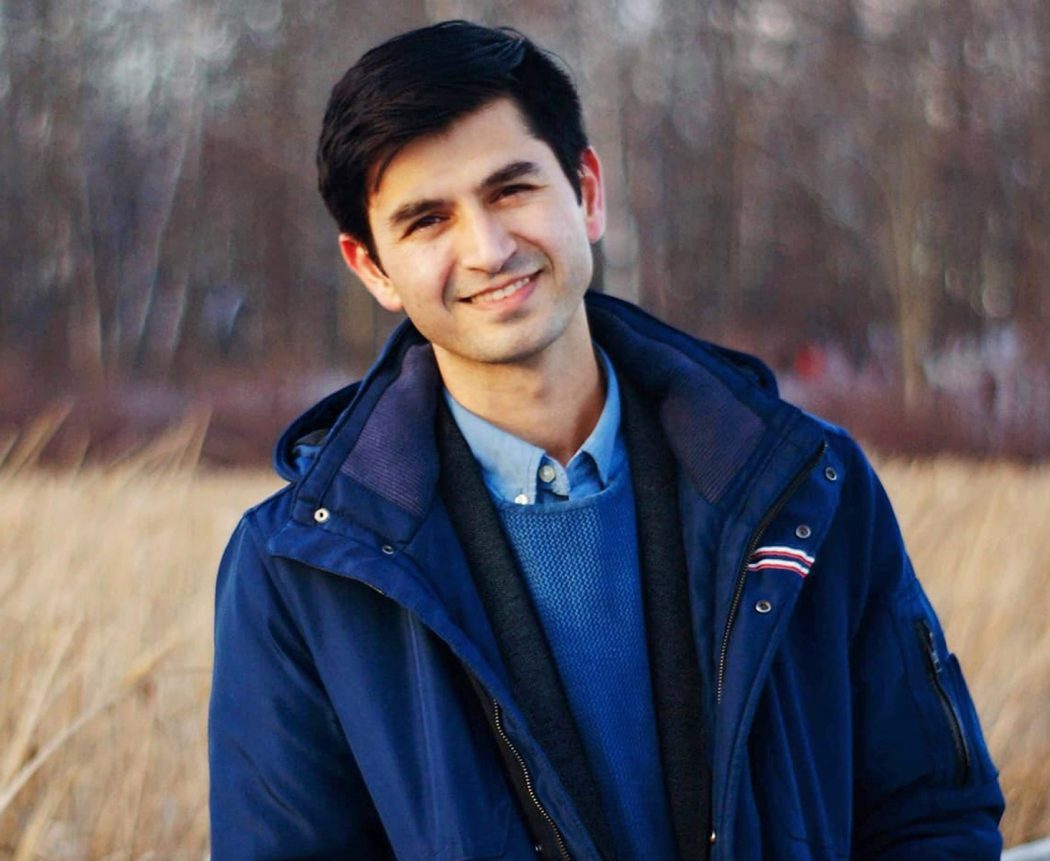 Despite arriving alone and with no relatives in the country to offer support, Ahmadiy had the welcoming experience most international students dream about.

He was welcomed with open arms by his homestay family in St. Catharines, who he stayed with throughout high school.

“They were gracious hosts,” he said. “I learned a lot about Canada through them.”

By the time Ahmadiy graduated, he had already toured Brock several times, and knew it was where he wanted to further his education.

“I loved the atmosphere and knew this was going to be my alma mater,” he said.

Ahmadiy would go on to become a Canadian citizen in 2014 while studying at Brock in the Public Health program with a minor in International Relations.

“I was drawn to Public Health because it is an upstream approach to improving quality of life, rather than waiting until someone ends up in a hospital,” he said.

Ahmadiy lived in on-campus residences during his time at Brock and later spent time working as a don in Quarry View Residence.

“There was such a tight sense of community and connection with students and other advisors,” he said. “I was a very shy student when I started at Brock. Working as a don challenged me to break out of my shell, to socialize and to grow as a person.”

“I learned as much in extracurricular as I did in classrooms,” he said. 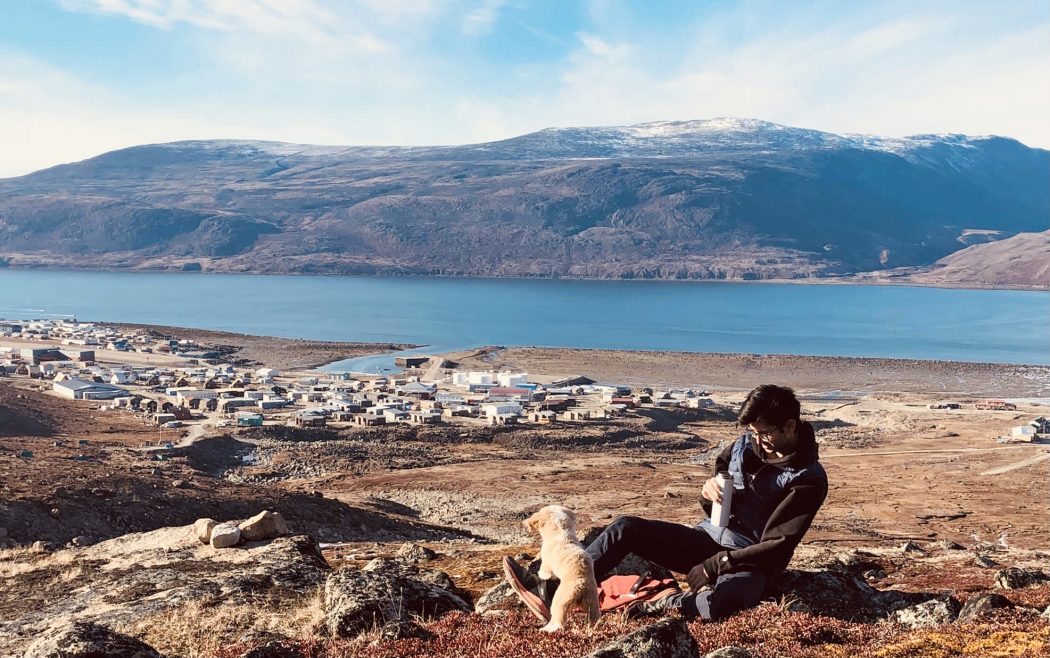 Mujib Ahmadiy, on a hike overlooking Pangnirtung, a small hamlet located on Baffin Island in the Canadian territory of Nunavut, where he teaches secondary school at Attagoyuk Illisavik.

During his summer break in 2016, Ahmadiy learned of an opportunity through Brock Career Services to work with Indigenous communities in Iqaluit, Nunavut, promoting literacy programs. He enjoyed the experience so much that he would return the following summer — a decision that would change the direction of his future career.

“The more I dug into health promotion, the more I realized that it has to do with education and early intervention,” he said.

After graduating from Brock in 2017, Ahmadiy continued to pursue his newfound passion for teaching, working as an ESL Instructor with the University for the next two years.

The experience reaffirmed Ahmadiy’s career path and prompted him to enrol in a teacher education program at University of Ottawa to ensure he had the tools and credentials needed to be successful.

He graduated this past June and quickly made plans to return north to the place where he felt he made the big difference in people’s lives.

“My work as a health teacher is not far off from my studies in Public Health,” Ahmadiy said. “Plus, I get to coach soccer and be engaged in meaningful other ways in the community.”

While he feels hopeful for what the future holds, Ahmadiy recognizes that his new role is not without its challenges. He is mindful of the difficult past in Indigenous education, including the history of residential schools.

“I am cognizant of the inter-generational trauma in Indigenous communities,” he said. “I work as a teacher with those things in mind, with the hope for a more equitable and just Canada.”

Ahmadiy understands why that history makes some parents skeptical about the entire education system, often affecting attendance in his class.

“The burden of proof is on us, the teachers, to demonstrate the right way to do education and to show how it can be a vehicle for a flourishing life,” he said.

As a health teacher, Ahmadiy has also witnessed the difficulties that exist related to food insecurity. Living in remote northern Canada means that most transportation, including food delivery, occurs by plane, making food and supplies very expensive.

“I can teach all day about the importance of vegetables in our diet, but if vegetables are prohibitively expensive, how much of an impact does that knowledge make in the lives of my students,” Ahmadiy said.

Despite the challenges, he remains positive about the impact he’s making with the local Indigenous community and is grateful for the opportunity to be living and working in northern Canada.